HOLIDAY GIFT BOXES are here! Order through 12/11/22. Click for Details 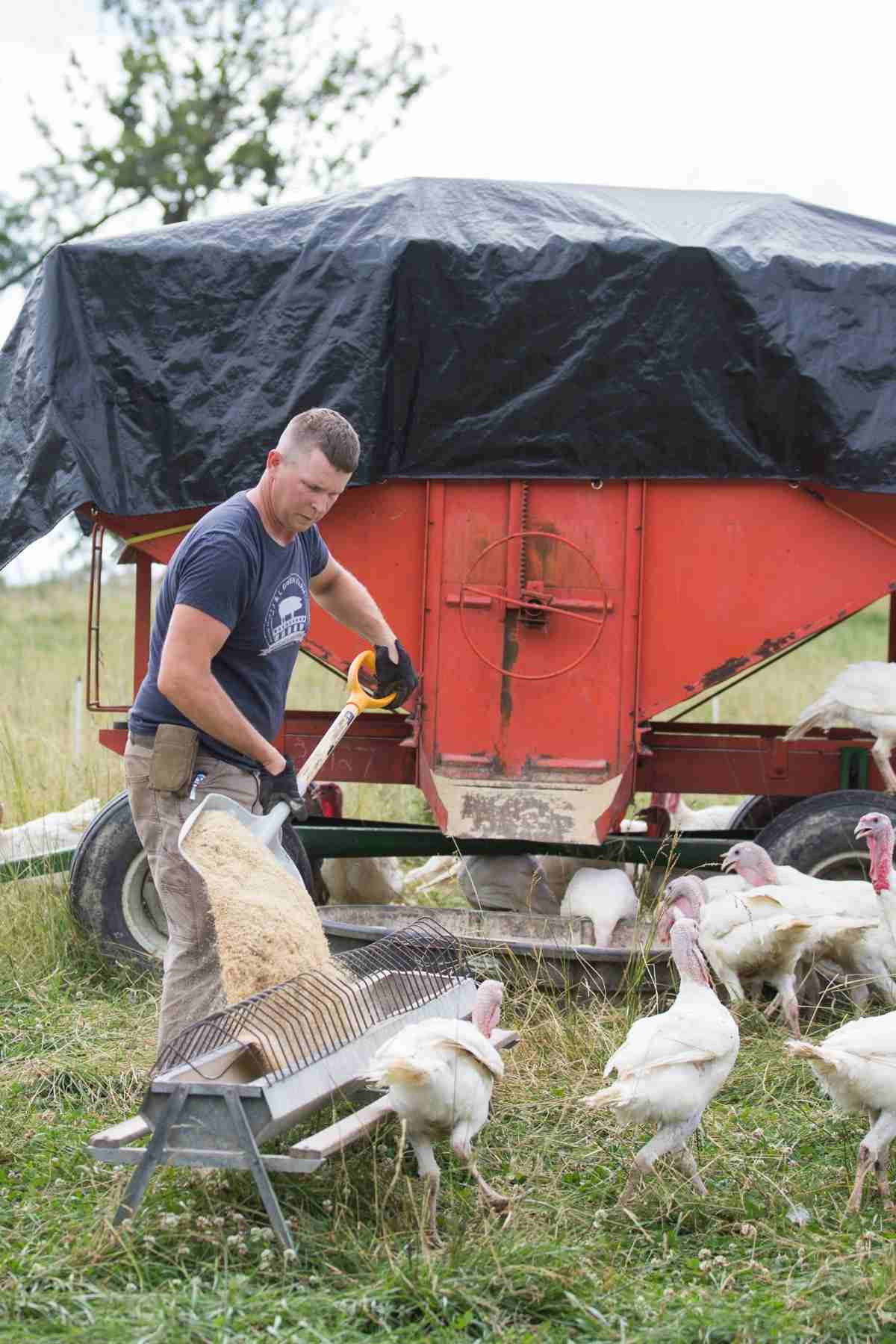 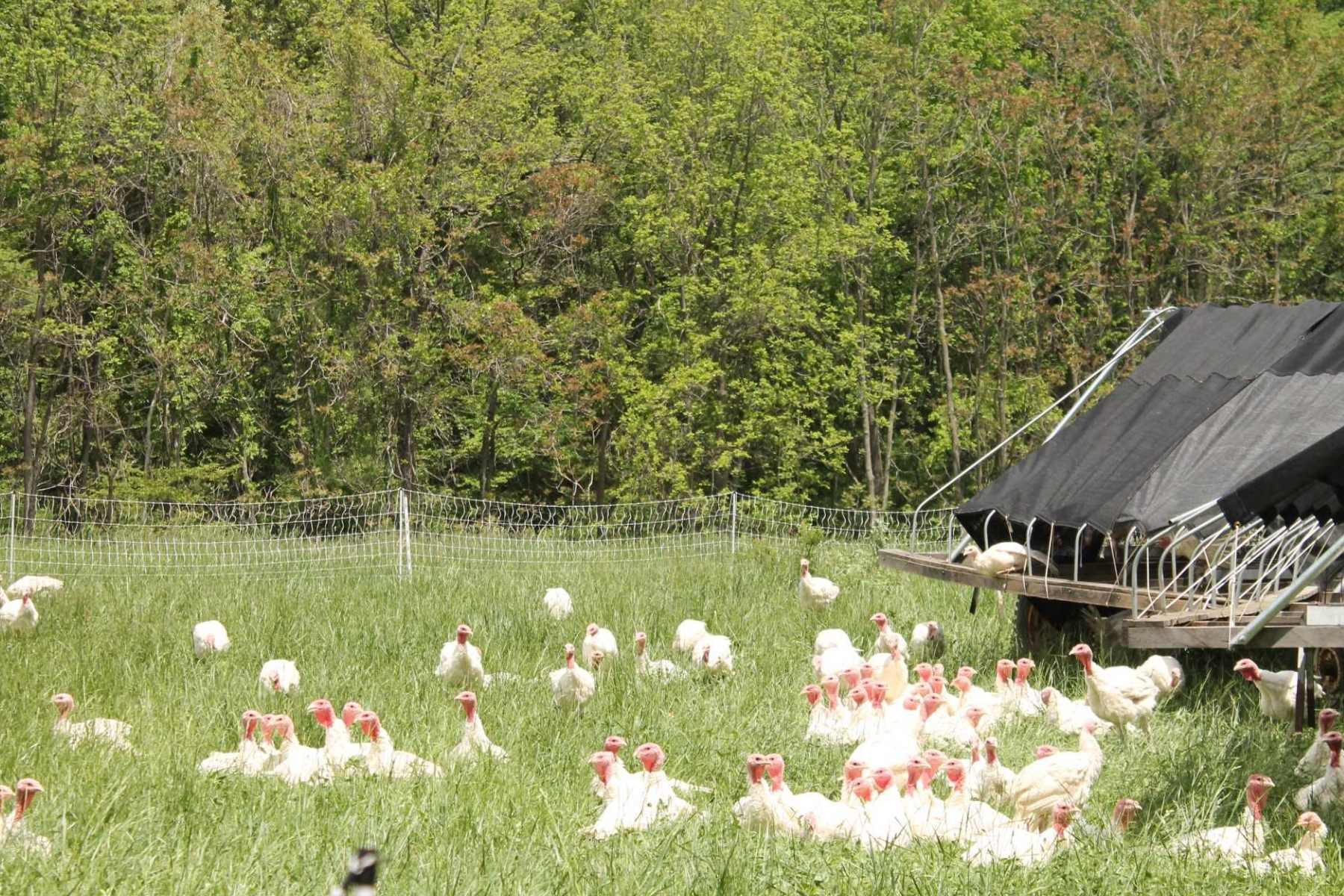 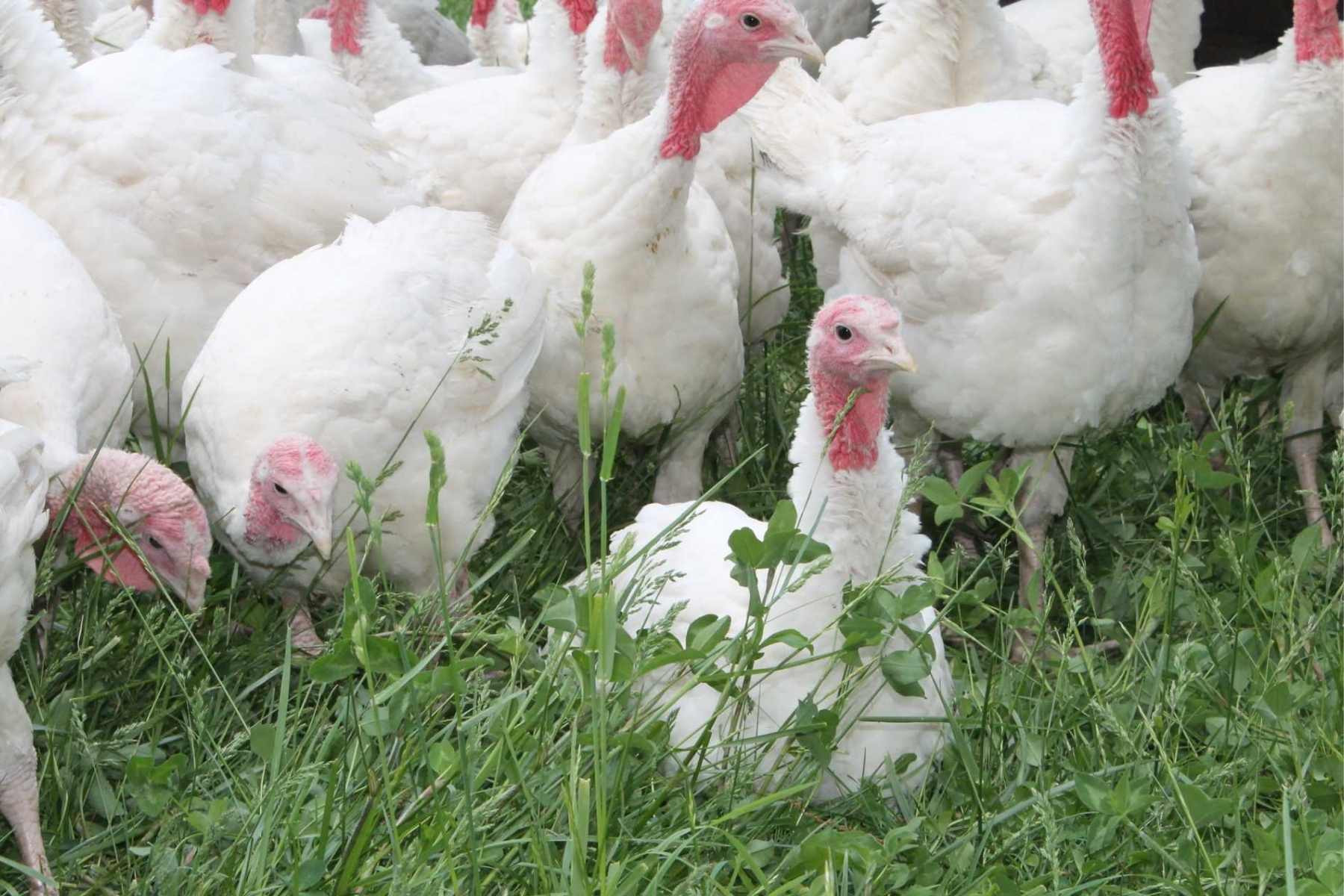 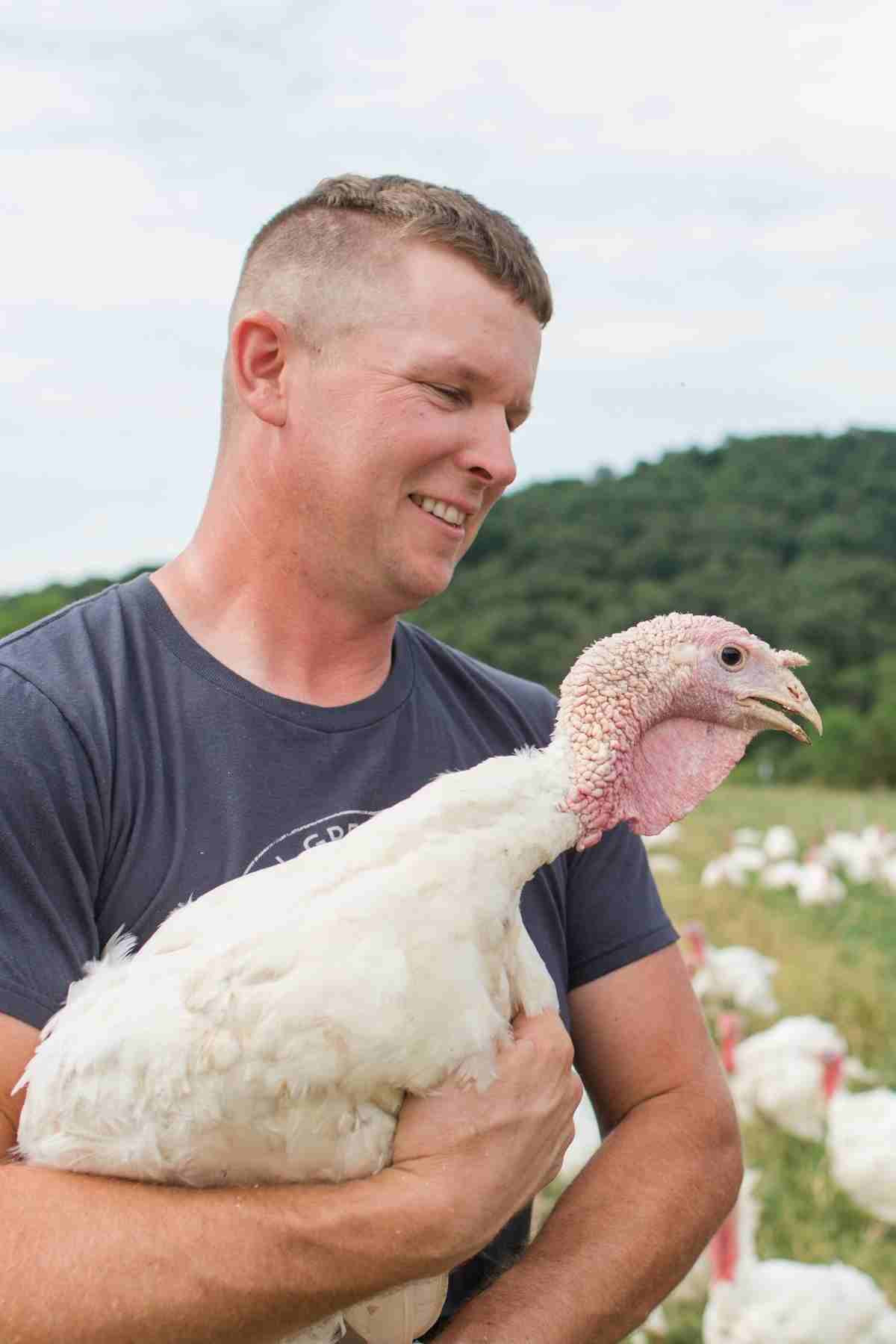 Turkeys are usually eaten whole on special occasions, but turkey parts make for a wonderful alternative to good ole’ chicken on regular days too (check out the recipes section below for some delicious ideas).

Why Opt for a Pastured Turkey

Pasture-raised turkeys are raised outdoors in a quarter-acre, portable electrified netting area. Much like our pasture-raised chickens, the turkeys are provided locally grown feed of non-GMO (not genetically modified) grains. They are moved to fresh pasture every three days from May to November. Turkeys are omnivorous by nature and enjoy eating bugs and worms in addition to mixed vegetation and leguminous plants. We have observed turkeys aggressively chasing grasshoppers so much that we've dubbed the area as the "grasshopper death zone"! This, of course, is great for natural insect control and adds protein to their diet.

Pastured turkey meat is lean yet tender, nutritious, and very flavorful. As is the case with other pasture-based meats, pasture-raised turkey is much higher in omega-3 fatty acids and has a better balance of omega-6 to omega-3 fats than factory-farmed turkey (whfoods.org). In addition to being a really good protein source, pastured turkey is rich in all the B vitamins, folate, biotin, and choline. Turkey is also high in selenium, providing over 60% of the daily reference intake in just a 4-oz serving. Other minerals present in significant quantities include phosphorus and iron.

The description above is a stark comparison to the way most turkeys sold in grocery stores have been raised. According to this Civil Eats article from 2011, about 46 million turkeys eaten every year in the U.S. come from a factory farm. As is the case with other farm animals raised in confinement, turkeys on factory farms live in poor conditions and are fed an unnatural diet. Their upper beaks are usually snipped off, which prevents them from eating bugs and picking through weeds. They are given a diet of genetically-modified grains, and have no access to fresh pasture.

Since they are raised in confinement with no room to move or see the sun, factory-farmed turkeys are routinely given antibiotics in their feed, in an effort to keep infections at bay. Antibiotics contribute to weight gain and an altered, unhealthy microbiome -- both of which affect the humans who eat their meat. Resistance to antibiotics in humans is also an alarming result of the overconsumption of antibiotics within factory-farmed meats. 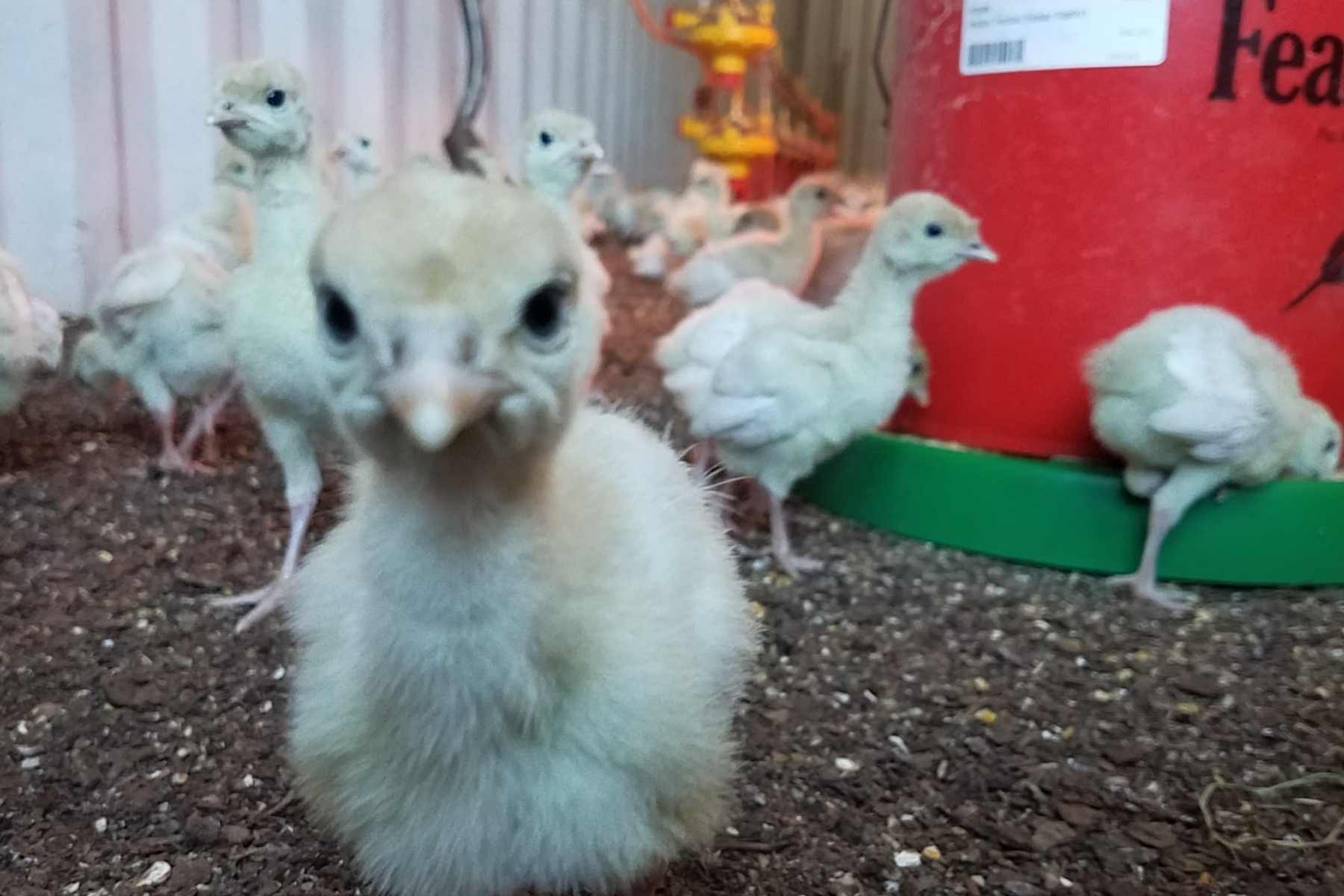 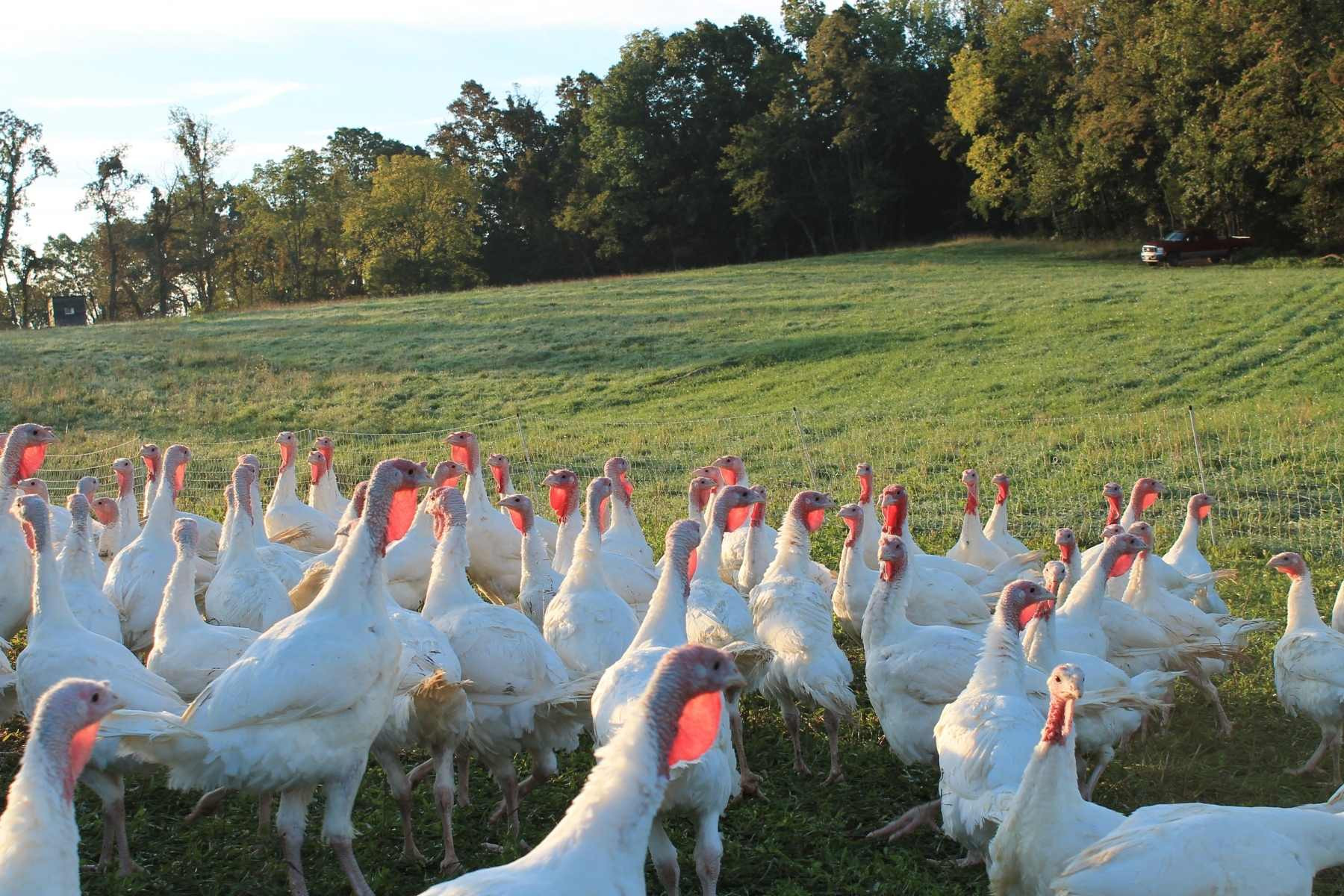 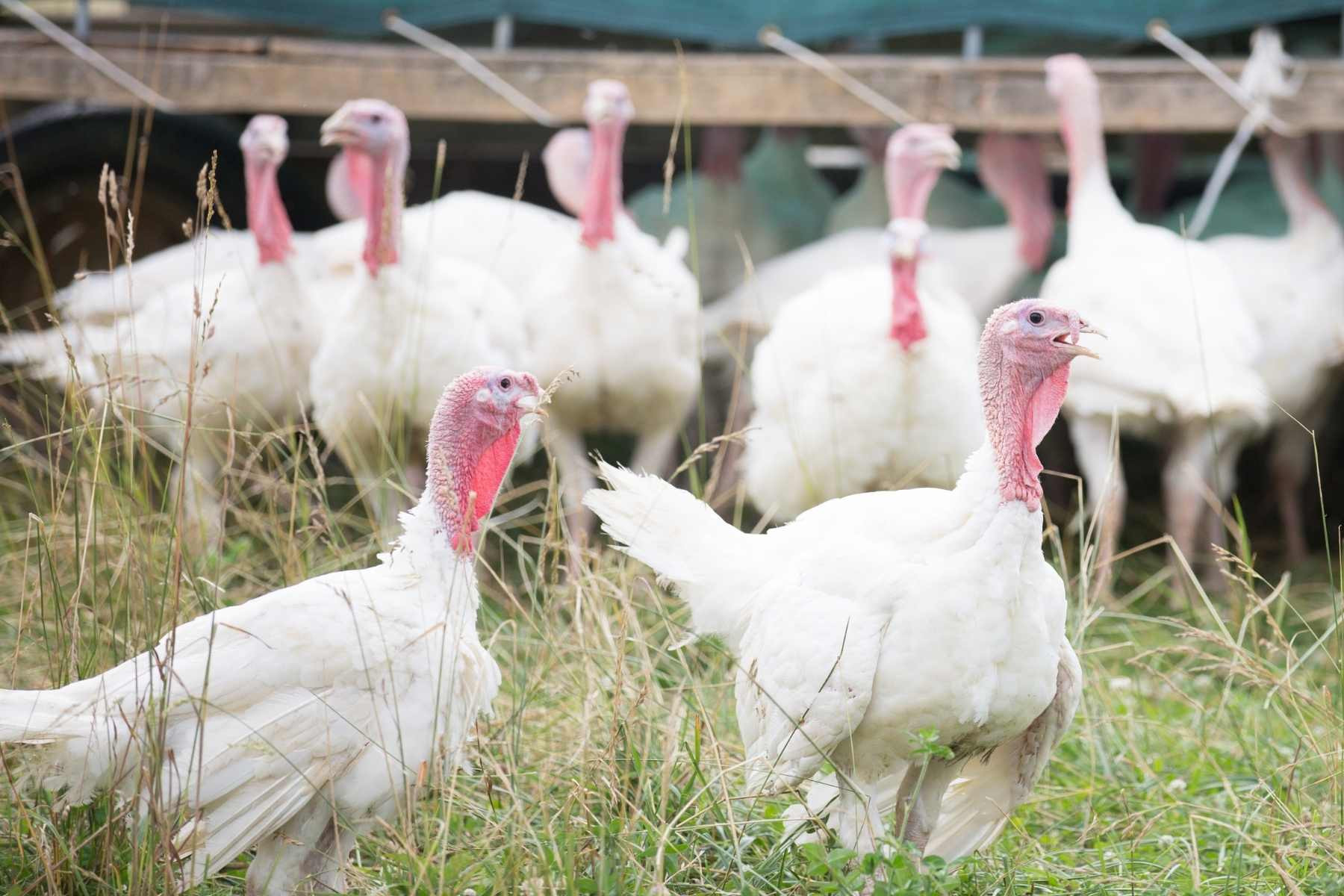 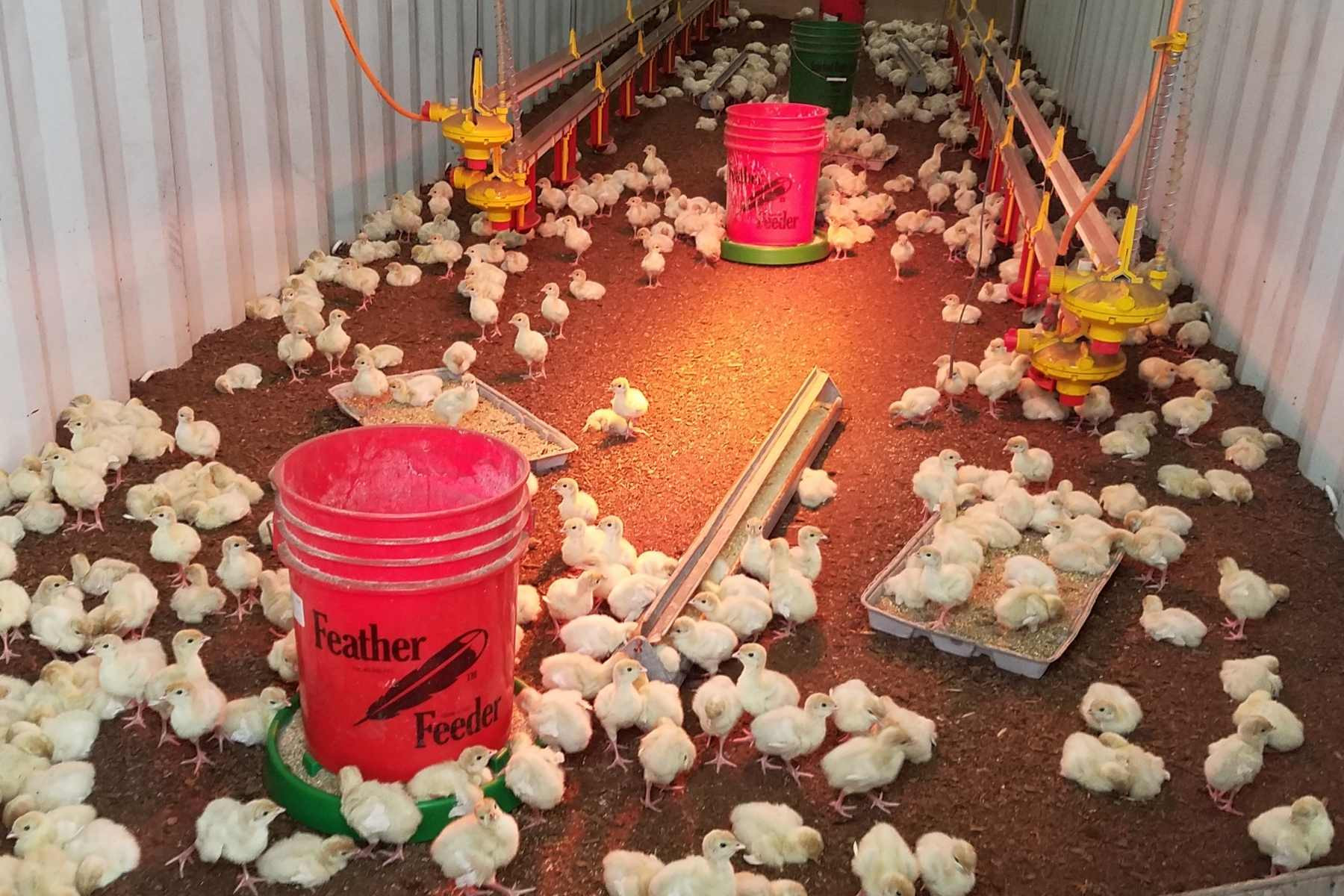 What to expect from our turkeys:

No antibiotics ever, or any growth promotants; completely DRUG-FREE

From 3 weeks on, they live in portable shelters on untreated pasture

Moved every three days to new areas of fresh grass

Harvested humanely, by hand, on the farm under VA exemption

Shopping for a sustainably-raised turkey can be confusing. The labels range from “free-range”, to “organic”, to “all-natural”, to “cage-free.” Very few grocery stores sell pasture-raised turkey, so you probably will not find that label there -- though if you do, you can’t be sure the turkey really is pasture-raised because that is unfortunately an unregulated term in the industry.

Almost all other quality descriptors are also unregulated, except for “certified organic.” However, if you buy a certified organic turkey, it most likely was ​not raised on pasture -- the only difference between that and industrially-raised turkeys being the organic feed that the certified organic turkeys are given and the no-antibiotics rule that the organic producers have to follow. With “cage-free” and “free range” claims, this only indicates that the turkeys are not literally in a wire cage -- but most likely they are still on concrete pads stuffed next to each other and with no access to the sun.

With our farm, you can visit anytime to see for yourself, or simply follow us on social media to keep up with all happenings on our farm. We take pride in the way we raise our animals and we’re always eager to answer any questions you have about our process or our philosophy. 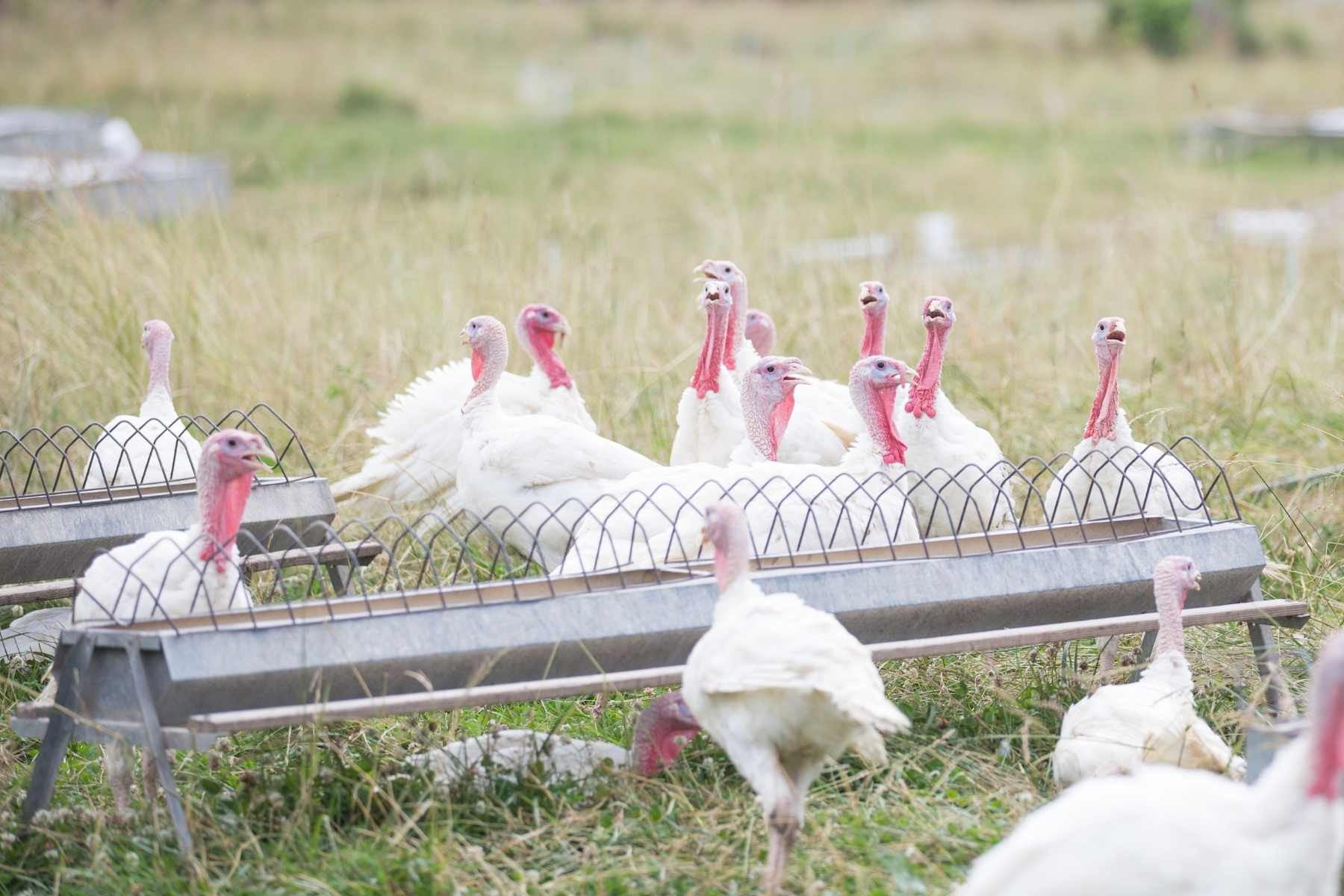 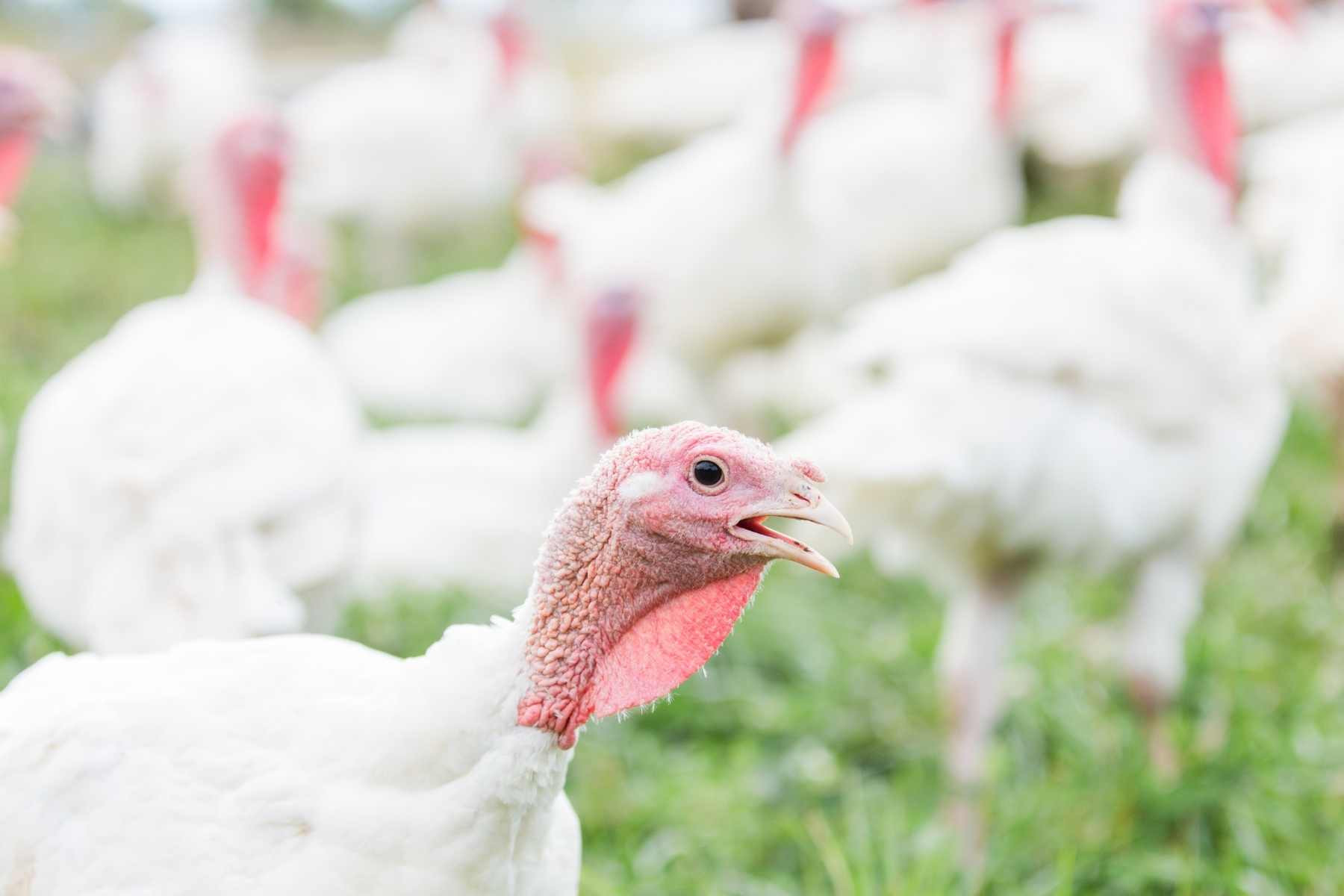 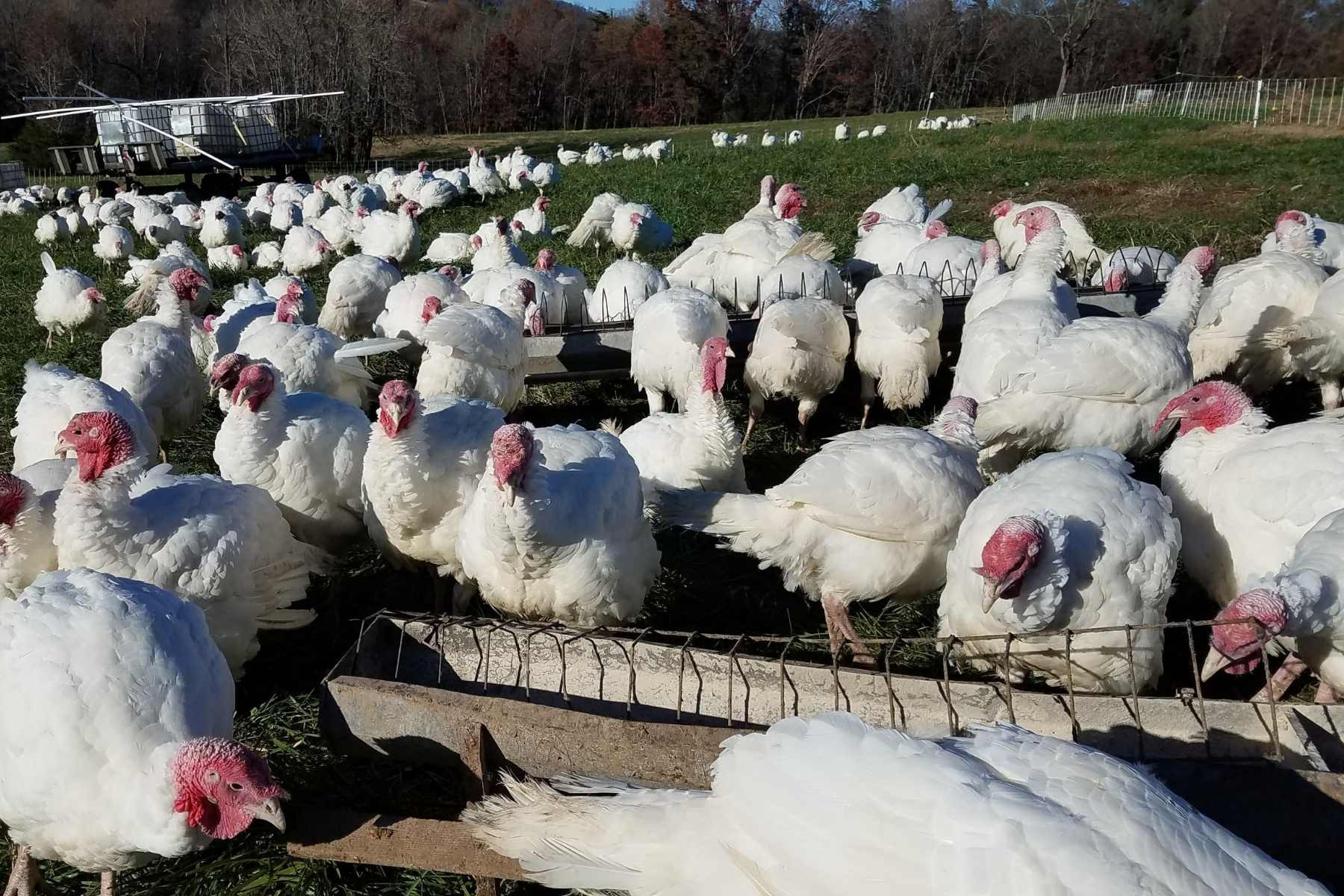 Unfortunately, there are a lot of shortcuts being made in the poultry industry, so even turkeys marked “certified organic” and “cage-free” are actually not given any access to pasture whatsoever. They eat no bugs (which is part of their natural diet), and instead are only given grain as their main nutrition. According to an in-depth article on chicken on World’s Healthiest Foods, “With respect to organic standards, no minimal amount of days spent outdoors or time per day spent outdoors is required for production of organic turkey. Nor must any minimal amount of turkey feed be obtained from a pasture setting.” As opposed to their conventional counterparts, the organic ones are not stuffed in cages; however, they are still stuffed in large poultry houses, with not much room to move and no access to fresh pasture. You’ve likely seen the proud claim on the grocery store package of organic turkey which says “fed an all-vegetarian diet”. That’s when you know that they were given no access to the outdoors and haven’t eaten a bug in their lives!

Conventional turkey, on the other hand, are often given rather nasty stuff to eat, including rendered animal byproducts (not to mention the antibiotics, growth-promoting additives, and highly processed GMO grain as the mainstay of their diets). So, of course the all-vegetarian claim of organic is way better than that, but it still pales in comparison to the way nature intended turkey to be raised: out in nature feeding on bugs and naturally fertilizing the land, as we strive to do. It has been noted before that the omega-3 to omega-6 fatty acid ratio is much better in pasture-raised turkey as compared to its store-bought organic and conventional counterpart, and this balance is one important factor to get right for good health. Similarly, vitamins A, D3, and E in pastured turkey were also found to be significantly higher than in store-bought organic or conventional turkey (American Pastured Poultry Producers Association).

Some Delicious Turkey Dishes to Try

Since pastured turkeys are leaner and naturally more flavorful than industrially-raised ones, the cooking time is generally shorter. This Mother Earth News article gives some great tips for buying and cooking a pasture-raised turkey.

How to Cook a Pastured Turkey